NEW YORK -- (October 8, 2019) -- Seyfarth Shaw LLP announced today the arrival of partner Paul F. Kruger to the Corporate department in New York as global chair of the firm’s Structured Finance group. Kruger joins from Katten Muchin Rosenman LLP, where he was a partner in its Structured Finance and Securitization group in New York.

For more than 25 years, Kruger’s structured finance practice has focused on representing financial institutions, sovereign wealth funds, private equity investors, funds and corporations in a wide variety of financing transactions across the United States, Asia, Europe and the Middle East. Among many other transactions, Kruger has experience guiding private equity clients in the acquisition of corporate entities and assets, the financing of those acquisitions, and the structuring of joint ventures.

Kruger’s arrival marks a significant step in Seyfarth’s strategic plan to expand its Corporate presence in New York and nationally. His addition aligns with the firm’s vision to grow its roster of skilled attorneys whose practices and client bases are able to leverage off of strengths of the firm throughout its platform. With over 100 lawyers, Seyfarth’s Corporate department serves as an attractive platform, providing the world’s top attorneys with access to global capital markets and new opportunities to serve clients operating in today’s most demanding industries.

“Paul is a leading voice in the structured finance space and has earned a fantastic reputation across three continents for his successful guidance on some of the most complex transactions,” said Steven Meier, chair of Seyfarth’s Corporate department. “As we continue to enhance our corporate capabilities in New York and nationally, we are excited to see Paul’s dynamic practice thrive on the firm’s global platform.”

Notably in the early 1990s, Kruger led the development of the securitization market in Asia, and has since guided more than 100 international transactions. His securitization experience encompasses multiple asset classes, including real estate, credit cards, auto loans, railcars, trade finance assets and receivables, infrastructure assets and nonperforming and performing loans, on both cash and synthetic bases.

“Paul’s arrival is a key element in the strategic expansion of our New York and national corporate practices. He’s a remarkable lawyer and we’re elated to call him a new Seyfarth colleague,” said Lorie Almon, co-managing partner of Seyfarth’s New York office.

Earlier in his career, Kruger was based at various times in New York, Abu Dhabi, Hong Kong and Tokyo. He is admitted to practice in New York, New Zealand, Hong Kong, and England and Wales. Kruger earned his LLB from the University of Auckland. 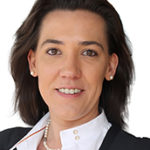 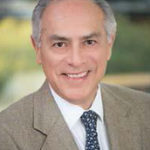 Prominent Team of Transactional Lawyers Joins Baker & McKenzie
Mexico City, Mexico – Latin America Prominent Team of Transactional Lawyers Joins Baker & McKenzie in Mexico Group Placement by Beatrice O’Brien of Attorney Placements International LLC Baker & McKenzie Mexico welcomes a group of distinguished transactional lawyers in Mexico City to continue expanding its corporate, mergers and acquisitions, infrastructure and telecommunications practices. The team of lawyers is formed by Carlos Valencia, Miguel B. de Erice, Tatiana Escribano, Luis Alvarez, Javier Zenteno, Gabriel Salinas and Karina Duyich, who join the Firm’s transactional groups and bring with them extensive knowledge and expertise in key areas including energy, mergers and acquisitions, telecommunications, infrastructure, and corporate matters. Carlos Valencia and Tatiana Escribano join Baker & McKenzie as partners in the corporate/mergers and acquisitions practice, while Miguel de Erice joins as partner in the real estate and infrastructure practice. “The integration of this team into Baker & McKenzie is part of our growth and development strategy, which we have been steadily driving in recent years, and responds to our commitment to offering value-added services to clients through highly qualified and experienced professionals in the practices the market demands,” said Andres Ochoa- Bunsow, the Firm’s national managing partner. “We are certain that the expertise of these new professionals will enrich our transactional practices significantly in these times when the country is undergoing historical transitions due to recent reforms.” With more than 50 years of successful operations as the largest legal services firm in Mexico and over 300 professionals – including more than 100 transactional lawyers with this new integration – Baker & McKenzie is the only firm in the country with an integral, highly specialized professional team across a wide range of legal practices. About the Lawyers Carlos Valencia has over 35 years of experience in cross-border mergers and acquisitions, restructuring and reorganizations, and in public and private project financing. He has advised companies on regulatory matters, including antitrust, as well as in foreign investment projects that span technology, media, and telecommunications. Carlos has participated in four of the five most important cross-border restructuring processes since the enactment of the Insolvency Proceedings Law (Ley de Concursos Mercantiles). The international publication Chambers & Partners acknowledges Carlos in the Latin America and global editions for his vast experience and knowledge on the matters he has consulted, and as a great dealmaker. Latin Lawyer 250 and The Legal 500 Latin America have highlighted his great professionalism as well as the accomplishments of his Corporate/Mergers & Acquisitions practice. Miguel B. de Erice brings to the Firm more than 25 years of experience in infrastructure projects and privatization processes, including toll highways, cross-border bridges, railroads, airports, satellites, BRTs, ports, water treatment plants, independent power producers (IPP) and for the provision of services (PPS) projects, as well as related regulatory matters. He has advised the Mexican federal government and major international companies on infrastructure, energy, administrative law, communications, project finance and technology matters, including participation in legislation drafting groups. He is continually recognized by Chambers Latin America and Legal 500 for his expertise and excellent reputation in the practices he represents. Tatiana Escribano has advised foreign and domestic companies on negotiations and preparation of local and international agreements and contracts. She has represented major corporations in cross-border mergers and acquisitions, restructuring and reorganizations, and public and private project financing. In addition to her expertise in corporate topics, Tatiana has also participated in regulatory matters in connection with antitrust, foreign investment and telecommunications projects. She has been acknowledged by Chambers Latin America and Legal 500 Latin America in the Corporate/M&A practice for her impressive responsiveness, experience and commercial pragmatism.

Member of the Executive Committee Chairman, Latin America Regional Council
LATIN AMERICA Baker & McKenzie – Law Firm of the Year 2014 "Dear Beatrice, I am delighted to inform you that Baker & McKenzie Latin America was recently recognized as the recipient of the 2014 Latin America Law Firm of the Year Award by Chambers & Partners Latin America. This prestigious award was commemorated during the 2014 Latin America Awards ceremony in Miami, FL which was attended by our region’s leadership committee. When presenting the award, the editor had this to say: “Baker & McKenzie has impressed us with its tremendous growth and development during the past year. It enjoys an excellent reputation in North, Central and South America, and clients praise its exceptional service and commercial awareness.” As you may recall, last year Baker & McKenzie was selected as the first-ever recipient of the Regional Client Service Award by Chambers Latin America. As a client-driven firm, we hold these awards from Chambers in high regard as they reflect the views of our clients on the service we provide, and the value we add to their business. It is with this in mind that we would like to extend our deepest gratitude for your continued trust in Baker & McKenzie. We consider this award to be a shared milestone in both our region’s history and our working relationship with you. I look forward to our continued work together and to the many achievements that lay ahead. Sincerely, Claudia Farkouh Prado

Paul Hastings LLP
Paul, Hastings, Janofsky & Walker LLP, a leading international law firm, announced today that seven new partners are joining the London office, significantly strengthening the firms European practice and its capabilities to serve global clients. The new partners are Michelle Duncan, Justin Jowitt, Christian Parker, Charles Roberts, Karl Clowry, Conor Downey and Tom ORiordan. The team specializes in restructuring and insolvency, litigation, structured finance, investment funds, and real estate finance. All are currently partners with the London office of Cadwalader, Wickersham & Taft LLP.Growing our European practice is a key strategy for us. The arrival of this new team, who represent some of the leading lawyers in Europe, will significantly bolster our European capabilities, another critical step toward our goal of providing exemplary client service to our global clients, said Seth M. Zachary, Chairman of Paul Hastings. The new team's reputation for practice excellence and superior client service will perfectly complement our current offerings both in London and Europe. Conor Downey Mr. Downey focuses his practice on the financing and securitization of mortgage loans, and has a broad range of experience in the UK and throughout Europe. Placement by Beatrice O’Brien of Attorney Placements International to Paul Hastings LLP. 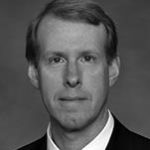 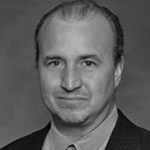